We met at Green Park then headed out toward Buckingham Palace just in time for the changing of the guards! Now what I had assumed is that the changing of the guards happens hourly.  This is not so.  It apparently only happens officially once daily at 11am in front of Buckingham Palace.  People line up for hours on end (as early as 6 or 7am) to get a good spot to see all the action.  Our guide had a different plan for us… Basically he had us rush a spot (which basically meant elbow our way to the front for a few seconds) take the necessary picts then rush back to him for some stories, then we hauled across the lawn toward Prince Charles’ place to wait for the guards to come and walk right past us without any crowds at all:)  Clever guide…

Moving on, the second story is one of my favorites.  Apparently in the summer of 1982 an Irishman named Michael scaled the gates of Buckingham Palace… Or more correctly, around 5am a very drunk and disorderly Irishman named Michael scaled the gates… While the security alarms did go off to alert that something was very wrong, the security chief (new on the job after only 2 weeks) thought that surely there must be a mistake… a glitch in the system of sorts since there is NO WAY that at 5am someone would try to break in!  So instead of checking the alarm out, he simply had the staff shut the alarm OFF… So Michael scaled the wall and wandered inside the Palace.  Apparently there are signs all over the walls for staff (since it’s such a large place to navigate!!) and Michael, after his exhausting feat of climbing the Palace gate decided he needed a drink!!  Mind you, he was drunk already upon entering and police later even estimated he had been drinking for over 18 hours!!  So he followed the signs on the walls that led to the basement where they had the very best of ports and wines and whiskeys, etc, etc, etc…

After indulging in some more beverages, Michael eventually became hungry.  So he wandered back upstairs and followed the signs to the kitchen.  There he made himself a sandwich.  How he was never spotted by anyone is beyond me, but I guess it just shows how large the place really is!!  And it was quite early still… In any event, after his snack and booze he wandered out into the halls and saw signs for… the Queen’s Bedroom… He wandered into Queen Elizabeth II’s room and sat of the end of her bed.

The Queen woke to find a drunk, smelly, dirty and bloody Irishman on her bed.  The blood he got from scaling the gates, the drunk and smell and dirt was accumulated by his drinking, falling, and eating food sloppily… She miraculously kept her cool and simply greeted a good morning to the man.  He was apparently quite cordial to her and they started to have a pleasant chat (what else could you do I guess??).  During this chat, the Queen was hitting a secret button near her bed to alert security that she needed help.  However, if you recall from above, the security chief had the system turned off, so while she pushed the button, it wasn’t heard by anyone!!

After about 10-15 minutes of no one arriving, the Queen realized that something was not right.  But again she just calmly chatted with Michael and kept her cool.  She offered Michael a cigarette to which he accepted.  So the Queen picked up her phone and asked the reception to bring her a cigarette.  Thankfully the gentlemen on the reception line had some wits about him!!  He knew that the Queen does not smoke and that she would be asking for a cigarette was very strange behavior.  He called the police and had them enter the Queen’s room where they found and arrested Michael.

The best part about this is that Michael never saw more than a few days in jail.  This is so because in fact, up until this incident all royal property was considered public property.  So Michael was not trespassing!  He didn’t even really break and enter since nothing was broken and it was public domain!  He only got charged for drinking the ports and for stealing food from the kitchen, LOL!!!  The laws have obviously changed since then and it IS now considered trespassing if you try and get into the Palace without an invite…

On to Red Coats & Gentlemen’s Club

Back to London Walking Tour

Back to United Kingdom

On my first official morning I opted to take part in a “free” walking tour of the “TV” “London”.  I will explain in further detail why quotes are around the three words in the previous sentence in a bit…

Upon first checking into the hostel they mentioned that there was a “free” walking tour that operated daily leaving the hostel at 10am.  They said that the tour covered central London, but that the main attractions (for example Big Ben, Westminster Abbey, etc) would not be covered, but that the tour would end so close to those areas that they would be easy enough to explore after the tour.

Ok, so here was a great example as to the incompetence of the staff (sadly) at the Generator hostel… First off, the “free” walking tour required a not-free train or bus ticket to get you to the meeting point (Green Park) from which the tour would actually begin.  Now, I’m not complaining about having to buy a train ticket, because as it turned out it came in quite handy for the rest of the day (I bought a day pass from the hostel for 9 pounds that allowed unlimited access to all buses and trains for the entire day, and after my day it was definitely worth its price!) I was just irritated that this little bit of important information wasn’t explained to me when the staff talked about the free walking tour.  Now, I’ve been told I’m too literal a person taking what people say quite literally and to that point I admit that I literally did think that the walking tour would be entirely that… walking.  So when the lady who came to pick up the people participating in the walking tour from the hostel (on foot I may add) we started walking out toward the next hostel where we were to pick up more people when she thankfully asked “do you have a train ticket?”.  My first question of course was “For what?  This is a walking tour, yes?”  To which she explained that we would need a train ticket to get to the meeting point.

So I turned around as she waited outside for me while I worked out the details and purchased the all day train pass.  I’m just saying, if the whole procedure for the “free” walking tour was explained to begin with then that little bit of confusion and wasted time would never had occurred… Oh, and one other little thing… Goes along with the incompetence of the staff at the Generator (who otherwise were very friendly) per their knowledge of this free walking tour that they at least informed people about… ok, so a few more points… #1 no one knew how long the tour would last #2 no one knew exactly what time it started (I was told 10am, at 10am asked where the tour met and was told -by the same person who told me 10am- that it met at 10:15… 10:15 rolled around and I was told once again by the same person, “oh they meet between 10:15 and 10:30… GRRRRR!!!!!) #3 the areas that they said would be covered on the tour in fact were NOT covered at all… I’m not complaining on this point again because the tour actually did cover all the areas I wanted to know more about, i.e. the “TV” areas of London (Big Ben, Buckingham Palace, etc).  All I’m saying again is that there was just a HUGE lack of knowledge from the staff at the Generator hostel about this tour.

Ok, so I’m done venting about the frustrating start to the tour… The tour itself was in one word: brilliant!  The tour guide was funny, friendly and incredibly informative!  As I mentioned above we all met (turned out to be about 30 people in total from various hostels around London) at Green Park and from there began the two hour tour entirely on foot:)

Oh, I almost forgot… the above words in quotes!  So “Free” is in quotes above because as you guessed, the tour wasn’t “free”.  It required a train/bus ticket and a tip for the tour guide.  The guides aren’t paid by the organization that provides the free tours, so they only rely on tips.  “TV” is in quotes simply to mean that the areas covered were in fact the most popular tourist destinations in London, and “London” is in quotes because all the areas we went to (TV areas) are actually in Westminster… London, the REAL London is only one about square mile!!  The rest of what people consider to be London is Westminster.  That’s your first bit of info I got from the tour…

To make it a bit easier for reading perhaps, I’m going to break down each part of the tour and associated stories for each area into links below.  That way this page doesn’t drag on forever!  I’m not going to tell every story told during the tour (I’ve got to leave something out to make you all want to go to London and do the tour yourselves!!) but will give you my favorites.  Cheers and happy reading your free tour with accompanying pictures:)

Back to United Kingdom 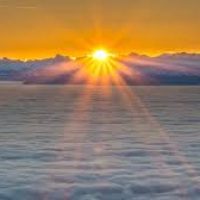